Trailer Thumbnail 2 Crack (CUDA/Nvidia GPU) Released!
A new boinc project called trailertcrack has been deployed, it aims at cracking the seed for the Thumbnail 2 of the Trailer video of Minecraft (https://www.youtube.com/watch?v=MmB9b5njVbA), this is currently the last one missing so we can fully reproduce the original trailer within Minecraft in higher quality right in time for the 10th anniversary of this iconic piece of Minecraft history. (we do already have most of the seeds and this is an active project).

This app is GPU only and will be rewarded 3333 credits We currently only support Windows and Linux 64 bits for NVIDIA GPUs (we use cuda).

We are happy to announce that we rewarded 4551 of you with a brand new badge for your participation in the cactus projects, we are truly grateful of your participation and we though that having such badge would be a good way to show it.

We couldn't have done it without you !

On a side note, we are open to suggestion if you feel like we should do that more often/make more badge goals. 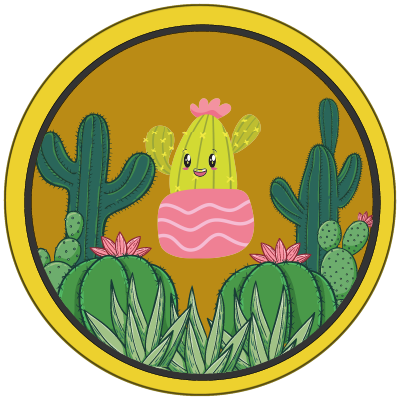 OneChunk launch and onwards
Hello everyone,

We didn't announce the launch of OneChunk SSG here even though we teased it already so this post is announcing it officially. This is our first CPU project and 2500 credits will be awarded by tasks since all have been designed to last approximately the same time. The calculation for the reward is based on the current runtime of a task, power draw of a CPU and our past GPU credits attribution.

This is a long-awaited project which is meant to find all seeds with 11 eyes stronghold for Minecraft 1.7/1.8.

To put it in context in Minecraft, you have a portal that allows you to go to the end dimension to beat the final boss called the ender dragon. This portal needs 12 tokens (eyes of ender) to lit up, fortunately some portal have those tokens already inserted from 0 to 12. If 12 are put inside the portal lit up and you can go through, however there is a catch in Minecraft 1.8 and below, 12 pre placed tokens didn't lit up the portal automatically so we are finding the next best thing 11 tokens/eyes ones!

To compute those 11 eyes portal, a lot of stuff needs to be computed, the first thing we did is we used a lattice to find all combination that makes a 11 eyes portal then we reverse it to what we call a population seed and now on Boinc we are trying to find Stronghold that generates such as the portal room have that population seed. If you didn't get that last part, let me make it a bit clearer, basically we can not reverse fully the process so we use the midpoint strategy where we know valid numbers that were reversed and then we need to simulate forward a layout such as we match the numbers we found previously.

As the client needs a bit more data we provide it from an API hosted at ssg.seedfinding.com.

Onward :
The current tasks (around 1.9M) should last us about 100-200 days and will yield about 200GB of data that will then be processed directly on the server to give us the best seed.

You can download the current results here: https://files.seedfinding.com, those are the raw results (seeds, coordinates) and will be further processed later on but they are already 11 eyes strongholds.

OneChunk CPU In Testing (X86_64 & ARM64)
This week marks the period where we finally begin creating tasks and testing the OneChunk CPU application in an actual BOINC environment. Once tonight and tomorrow's testing shows that we can validate these tasks, and that our work-gen / task data creation system is working as expected we shall be able to roll this out to our main [email protected] server as a 'Beta App'. Over the past month since my last progress post we've had yet another set of delays. Some of this is because 'Sia' has not implemented the features we were hoping to use, and also some of our developers have been travelling in the past few weeks.

On the bright side, we shall now be checking seeds for 11-Eye dungeons in version 1.7 and 1.8 at the same time, and our code has had some significant changes for the order of 'filtering' and how it works to find these special seeds and spawns required for the Super Speedruns / OneChunk challenges.

Shown below is a screenshot of my Raspberry Pi 4 (2.025GHz) running 4 tasks concurrently. We will be tweaking the time estimate (known config issue), but each individual task will take 4 hours (per core) on an RPi, and for example on a 5800X it takes about 1.5 hours per task per core.

For our BOINCers and those interested in running on a Raspberry Pi 4 (64bit), please note that the latest Debian Repos / Raspbian 64bit OS images have an issue with BOINC. This may appear as the BOINC client / BOINC manager saying you do not have a "GUI-RPC" permissions or password, and make the process of having the BOINC GUI working more frustrating than it should be. There's a few guides and other forum posts on this issue, but I shall probably make a quick step by step guide to ensure BOINC is operating properly *if* your 64bit ARM distribution wants to not play nice
10 Aug 2021, 0:56:07 UTC · Discuss